Home / How to / How to Install Android Nougat 7.0 on Google Nexus Device

How to Install Android Nougat 7.0 on Google Nexus Device

Google Has Released a stable version of Their latest mobile OS Android Nougat 7.0. Updates can be installed on already expired Nexus line of smartphones, as well as on some other devices from Google or a program Android One: Nexus 6P, Nexus 5X, Nexus 6, Nexus 9, and others. We are delivering different method through which you will be able to upgrade your device. Please follow the article;

To begin with, we have listed the devices that are already receiving update to Android 7.0:

The easiest way to update

The most straightforward and faster update to Android 7.0 Nougat on the new Nexus is available in Android Beta testing program and get the latest build. Despite the fact that this is a testing program, but participants can also receive a “7.0” stable assembly.
The program Android Beta testing is compatible for only the following devices: Nexus 6P, Nexus 5X, Nexus 6, Nexus 9, Nexus Player, Pixel C, Sony Xperia Z3.

How to flash manually Android 7.0

This method is much more complicated, not only regarding action but also in term of how much needs to be done. We divide the firmware into several stages. In total there will be four steps:

[1]. Installing the firmware needed for utilities (on the computer)

[2] The activation of the USB-debugging and unlocking the bootloader

After these operations still need to unlock the bootloader – it is necessary for a successful firmware.

[3] Unlocking the bootloader Nexus
These actions are performed both on the PC and on your phone. Note: Unlock the bootloader requires a hard reset, which means the complete removal of all data from your smartphone or tablet.

The bootloader is unlocked and ready to install other firmware on the device.

[4] Android 7.0 Firmware on your device
First, you need to get yourself firmware files. At the time of writing the news they are not available for all devices (direct download link):

The downloaded firmware file should be placed in a Platform folder tools, which is in the directory of Android-sdk-windows with the necessary utilities (adb, etc.) – mentioned earlier in the article.

We now turn to the firmware:

Recall, all these operations you are doing with your gadget at your own risk. If something goes wrong, the device may remain inoperative.

Also, you can just wait for the update to Android 7.0 Nougat for your Nexus for OTA-protocol. Check for updates in the settings; you can Check from Setting→ ABOUT phone / tablet → update BY. 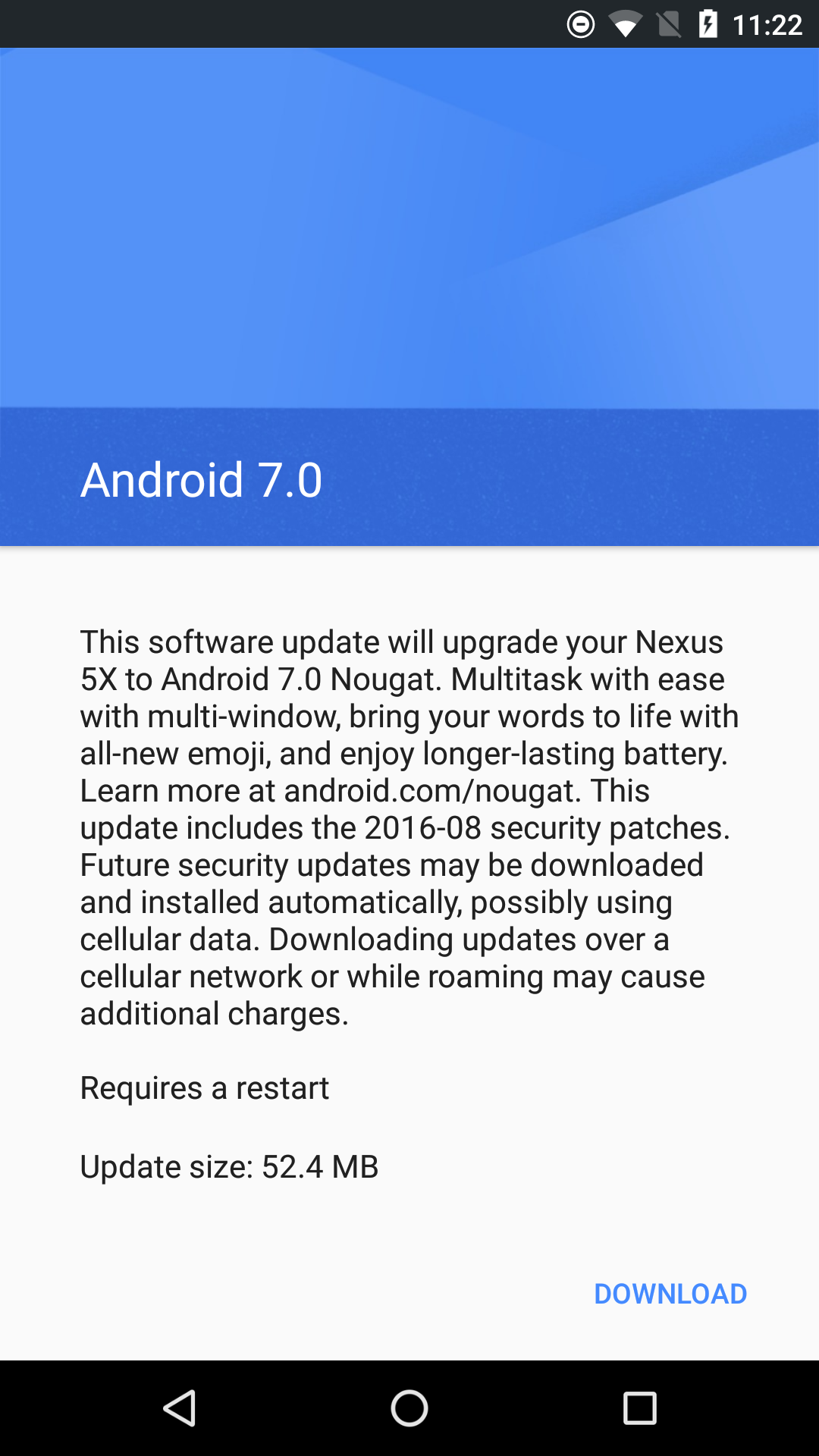 The update takes place gradually and not immediately, so not all owners of new Nexus immediately get new Android version.